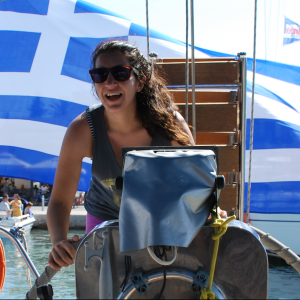 I am an Adventure Specialist! Ask me if you want any help exploring Greece the "Erratic Way"!

Remote work is a hot topic at the moment, and with good reason. It has a huge number of advantages, allowing you to tap into a global network of talent while saving money if you work with people who have lower costs of living. It also makes it much easier for you to grow your company at scale.

In fact, remote working can boost productivity, increase workforce diversity, reduce costs, decrease stress and prolong the careers of older workers. It’s estimated that half of the workforce will be remote by 2020, while a third of people would change jobs for remote work opportunities.

Of course, working with remote teams also has its downsides, the most notable of which is the fact that your team will be scattered across the globe. You can combat this using tools like Slack, Skype and WhatsApp, but nothing makes up for the connections that we make when we’re face-to-face.

Bringing your remote workers together into a single place for a remote retreat is one of the best ways to overcome this lack of face-to-face connections. Even if it’s just a one-off or something you do once per year, the benefits can far outweigh the costs involved. This may depend upon your team – if you’re hiring low-cost developers to get a job done cheaply, it doesn’t make sense to take them on a retreat. If you’re hiring world-class specialists and consultants, it’s a no-brainer.

With all of your team together in a single place, it’s much easier to have mission-critical discussions and to make important decisions. At the same time, though, don’t make the mistake of making your retreat all about business. It’s also a vital time for you to get to know each other in a social setting and to establish the kind of camaraderie that will be vital when you’re on the other side of the world again.

But planning and carrying out these kinds of remote retreats isn’t easy, especially because of the logistics involved. It’s difficult enough to organize an away day for the employees of a single office – bringing people together from different locations requires an insane amount of coordination, and the task gets more and more complicated as more and more employees are added to the equation.

The first and most important decision that you’ll make when planning a remote retreat is when the retreat should take place. With so many different people to organize, there’s a pretty good chance that at least one person is going to be left out, and the true challenge is trying to make sure that as few people as possible are left behind.

The next major decision is your choice of destination, which is likely to be informed by whereabouts your remote workers are located. If there are ten of them throughout the United States and one in the United Kingdom, it makes a lot of sense to pick somewhere central in the States and to fly the Brit employee in.

But that only tells half the story, because the true advantage of remote retreats is that they take everyone outside their comfort zones. In the above example, taking all of them to work and travel in Greece will help to encourage them to think outside the box while putting them all on equal footing. The Americans would no longer have a home advantage.

Remote retreats aren’t for everyone, but then neither are remote workers in the first place. The important thing is to make sure that you’re aware of the options so that you can take advantage of them if they’re right for you. In this case, a remote retreat makes perfect sense if your remote team is business critical, but less so if you’ve just got them working as cogs in a production line.

The good news is that you don’t have to go it alone, and you can set up an amazing experience for your remote workers without having to worry too much about the details. That’s where we come in. Erratic Paths isn’t a standard travel company.

We specialize in uncovering immersive experiences throughout Greece, bringing together digital nomads, remote workers, travellers and free spirits from all around the world. If you’re looking to plan a remote retreat then you’ve come to the right place. Start planning your remote retreat today!